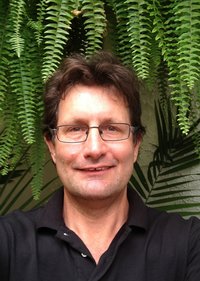 My grandmother, Beatrice Hemming, always had tea at 3pm (I mean, always). She spoke with a British accent when she was a young child. But upon immigrating to rural Alberta from South Africa with her family, she told me how the kids at school teased her for the way she sounded, and would ask her to say “water” in that way the British do –  so she quickly learned to speak like the locals!

She is now gone, but she left me with many, many gifts.  One was how to breathe.  When I stayed with her, I would get up in the morning, and she would walk me to her veranda facing the rising the sun, the ocean and her rose garden.  She would say, “can you smell it?”  And with open arms and closed eyes she would inhale and savour the morning essence.  I would copy her, and I understood something essential.

The simplicity of her life, and how she embraced the subtle in each day, remains a true inspiration for me today.   This has been a foundation for me, perhaps more now that I  have the complexities of a family, and here at ATP where I meet and help people every day make challenging life changes. Whenever I had an important decision to make, to foster proper consideration and introspection my Grandmother would say, “have a tea first, dear”. If that didn’t evoke clarity, she would suggest to “sleep on it”.

Although Beatrice did not inherit the British accent, she did carry on an official British “tea time”. Although this tradition did not pass on to me directly, the idea of ritual and scheduled time for self-care and loved ones did.  We were called in for tea, which was served in formal tea cups.  She would ask each person if they liked their tea weak or strong, even if she knew your preference.  It was part of the respectful ritual.  I would always say “strong” because it was how my grandmother had her tea.  Milk or cream was to be added to the cup before the tea was poured, since this was claimed to be critical for the proper outcome.

As a food scientist,  I think the milk-first idea would create a more gradual warming of the milk so it doesn’t get denatured by the hot tea (depending on the quantity of milk you use of course), and may impact the flavour.  Regardless of the reason, it was part of the ritual.  Sugar was added by each after.  In our way, milk was added by the one serving tea, and sugar was added by each person being served.  There was a sugar bowl with a sugar spoon, which you dispensed your preferred amount of sweetness into your tea, and then you took your special teaspoon beside your cup and stirred it around.  As kids we wanted to sip the tea with our spoons, but we were not allowed to do this.  Those who did this were frowned upon!  The spoon was only for stirring and then was set on the tea saucer which had a little circle on it to hold the cup stable.

Cookies were served always, and they were usually store bought ones especially for tea time, called tea biscuits.  My grandmother always baked and had lots of pies and cookies on hand, but those were for snacks at other times.  This was the ritual. We would talk about what we had done that day, things that were in the news, or what we were planning for supper or the rest of the day.

Tea time was not a time to get out the paper for the comics, or read a book, or watch TV. It was a time to connect; to just be together.  We would often ask my grandmother to tell stories about when she was a child, or about her family that we had never met. We would look at photographs from albums, or light a fireplace on a cold afternoon in anticipation of playing charades or scrabble after supper.

In this world of technology-enabled multitasking and scheduling, we need now more than ever some daily and weekly time for ritual.  Go ahead, right now, I challenge you!  Put it in your calendar – 1 hour for yourself.  It could be a tea ritual with friends, family, or yourself.  I almost guarantee that it would increase your overall potency and productivity if you are currently feeling overwhelmed, or lacking time to stand down from the “busy”ness of life.