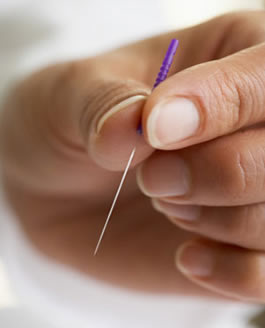 Here, Goldman’s team concludes, “Although acupuncture has been practiced for over 4,000 years, it has been difficult to establish its biological basis. Our findings indicate that adenosine is central to the mechanistic actions of acupuncture.” The adenosine concentration in the tissues around the needle increased ~24-fold during the 30-min acupuncture session.Their team demonstrated that the minor tissue damage associated with needle insertion released the neuromodular “adenosine” into the tissues to dampen the sensitivity of the pain receptors. Adenosine receptors are  present in the local tissue and also in the spinal cord and brain. When these receptors are blocked with a special drug, acupuncture was shown not to be able to have its effect of pain reduction.

Adenosine is a fascinating compound, and there are other interesting connections with our daily existence. For instance, adenosine is present in the body everywhere: it is the basic currency of energy for all cells that allow movement and metabolism (as adenosine triphosphate or abbreviated as ATP, like our clinic name, Acupuncture Turning Point!), or as one of the four basic nitrogenous base building blocks in  our genetic code in DNA (adenine). It is also a neuromodulator in the brain with many functions including pain modulation. It is one key in the sleep part of the circadian rhythm of sleep-wake cycle.

The NATURE article authors also state that, similar to electroacupuncture and transcutaneous electrical nerve stimulation  (TENS), deep brain electrical stimulation (used to  treat depression  that has not responded to other treatments) delivers electrical  stimulation that triggers an increase in extracellular adenosine  concentration. Acupuncture has been shown to have general effects by lowering  the body’s flight or fight response (sympathetic nervous system),  through endorphin release (natural morphine), and neurotransmitters like  dopamine. It will be interesting to see how future research exposes the mystery of adenosine’s role in these other mechanisms of acupuncture.

Read more about acupuncture and how it works…