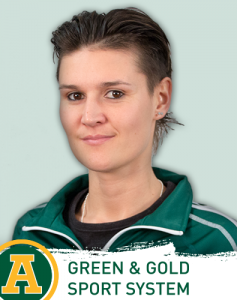 Here is a guest blog from Klaudia Sapieja, a Mental Health Training Coach at the University of Alberta (see her bio at the end of the blog below).  She offers us here some thoughts to provoke us to examine the idea of failure as it applies to sports….but I think the message can be applied to both health and life in general! Enjoy!

“Most people dislike making mistakes. Mistakes, setbacks, poor performances – all things that athletes (and humans) must face as they seek to reach excellence in their chosen craft.

I’ve been asked many times about how to help athletes better deal with failure. My initial response is “how do you define failure?” Is it losing? Not performing your best? Making too many mistakes? Getting down on yourself mid-performance? Really think about. Explore your relationship with failure by reflecting back on a few times when you’ve experienced some of your most negative emotions after “failing”. The reason this is important is because maybe you’re viewing failure the wrong way. Maybe when you lose, you’re actually granted the greatest opportunity to learn by reflecting on how you can improve. After a win or great performance, many athletes celebrate, feel good (temporarily), and move on. After a loss or poor performance however, many athletes ruminate, feel crappy (temporarily), and reflect on how they can improve. 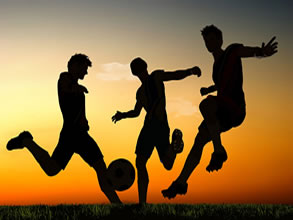 The whole “fail forward” movement is preaching that mistakes and losses are the critical stepping stones to success. Sounds pretty good right? Fail, learn, move on. If you’ve ever heard of Michael Jordan you know he’s considered the greatest basketball player of all time. And this isn’t because he was born “good.” It’s because he had a healthy relationship with failure, in that he didn’t fear it. His famous quote says it all: “I’ve missed more than 9000 shots in my career. I’ve lost almost 300 games. 26 times, I’ve been trusted to take the game winning shot and missed. I’ve failed over and over and over again in my life. And that is why I succeed.”

I would however strongly caution against using the “if I fail I learn” motto as a way out. In other words, did you actually do the work and reflect on your performance in detail and draw out the good and the bad, or are you just using “if I fail it means I learned” as a way to make yourself feel better? Because the ultimate goal isn’t to protect yourself from feeling bad after failure. The ultimate goal is to know what failure means to you and take responsibility for it. Feeling bad after failing is natural. If you don’t feel bad it might mean you don’t care about doing well. 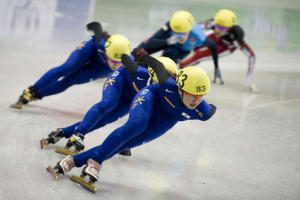 Now back to defining failure. One definition that has resonated with me is that failure is not going for it. Simple. Did you do everything you possibly could have to perform at your best? I like this definition because it’s not about results. I’ve seen teams and athletes have some of their best performances ever without reaching the desired outcome. And the athletes and coaches in these situations are damn proud at the end, because they went for it. On the flipside, you may get the desired result without having had a good performance. Maybe you didn’t even have to fully go for it and the result is you don’t feel fulfilled at the end of it all.

Which leads to the next big question, how do you define success? Hopefully by more than results and outcomes. If you define success by something that’s within your control, like work ethic or bouncing back after a mistake, you can provide yourself with the opportunity to experience a lot more pride in your performance. And as a side note, it’s a lot easier (and safer) to fail when you’re in an environment where there’s trust among team members. More on this another time.

About Klaudia Sapieja:  Klaudia Sapieja leads all aspects of the mental training program for the Athletics Department at the University of Alberta. Her main role as a practitioner is to work with all varsity level teams, athletes, and coaches. Klaudia is passionate about helping athletes overcome potential mental barriers as they move towards a path of excellence in their sport. In her spare time she enjoys surfing, spending time in nature with her dog, playing soccer, and competitive roller derby.