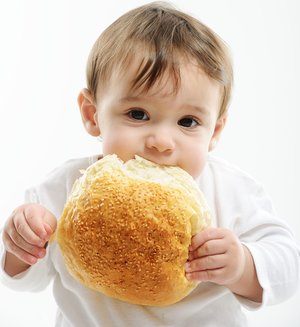 Some people who are losing weight, healing from a sickness, or just trying to be healthier swear their success is due to restricting or even eliminating wheat from their diet.  This is not to be confused with people who have celiac disease, the autoimmune disorder in which eating gluten, a protein found in wheat, barley and rye, triggers an inflammatory immune response that damages the small intestine’s lining and can prevent the absorption of some nutrients. The “don’t-eat-wheat” proposal for the general population is a movement more associated with general health and weight loss.  It has some impressive testimonials and converts from the medical side. The recent popularity of this new health approach is in large part due to the success of a book by cardiologist Dr. William Davis called, “Wheat Belly: Lose the Wheat, Lose the Weight, and Find Your Path Back to Health”, first published in 2011. In it, he claims that wheat is to blame for the prevalence of obesity and numerous health problems in our society. But it’s not what it seems to be at first glance…

The idea that wheat is generally bad for the population is not supported by research, although it is represented by scientific speculation.  The details of the science criticizing the premature and unfounded conclusions of the “Wheat Belly” phenomenon have been well represented publicly. I really cannot add anything more to the science debate at first inspection, but I suggest you check it out for yourself and dive in to examining the issues.  The well known local author and skeptic Tim Caulfield had a debate with Dr. Davis on the popular CBC radio program “Q” hosted by Jian Ghomeshi.  Professor Caulfield holds a Canada Research Chair in Health Law and Policy at the University of Alberta and is the author of “The Cure For Everything: Untangling the Twisted Messages About Health, Fitness and Happiness.” Another excellent evaluation of the scientific issues is from Professor Julie Jones, of St. Catherine University, St. Paul, MN. She has posted a simple and well organized critique of Dr. Davis’s book which you can download here: “Wheat Belly – an analysis of selected statements and basic theses from the book”.  In a very respectful and systematic way, she examines the main claims and assumptions of Dr. Davis’s book, and shows how he makes many claims in the name of science that are simply unfounded.

There are a couple of issues that stand out for me that could be relevant to us as consumers of wheat. Firstly, the diet recommended in the “Wheat Belly” seems to be just a low carb diet in disguise – it is nothing new (aka Atkin’s diet).  Davis does not recommend replacing wheat with other carbohydrates, but rather that carbohydrates be substantially restricted and replaced with healthful foods that possess less carbohydrates.  It is generally recognized that low carb dieting can work (at least in the short term) by reducing the body’s insulin (required for any glucose metabolism, be it sugar or carbohydrates), and shifting the body’s metabolism to burn fat.

From another perspective, many of the wheat foods made with refined white flour are deeply rooted in European and North American traditions (cakes, pies, cookies, donuts, breads, pasta, processed cereals, etc)  have low nutritional quality.  If we stood down from eating wheat for a few weeks, and substituted it with carbs that were less processed and closer to the original source (starch or no-starch), we would likely be better off for it!  This would not only mean having a lower carb diet, but also a lower sugar diet (sugar and wheat often go together!), higher fibre diet (both soluble and insoluble fibre), and a diet higher in key nutrients such as amino acids, vitamins, essential fatty acids, natural antioxidants and compounds with as-of-yet undiscovered healthful capacities.

Dr. Davis makes a good point though.  For something like this which is not costly to try, not dangerous, and likely will only be beneficial if you couple it with other health promoting efforts, why wait 10 years for all the clinical trials, disagreements between study results, and potentially inconclusive answers?

I have a proposal.  We skeptics should give it a try. Especially those of us who are overweight or have health issues and could improve our diets anyhow. At least do an experiment – it doesn’t have to be forever! Restricting wheat in your diet in whatever way makes sense to you, if done systematically and consistently for a few weeks, may address a culturally deep dietary habit that has very little to do with wheat in and of itself.  It may just be about eating closer to the way our bodies were designed to eat.