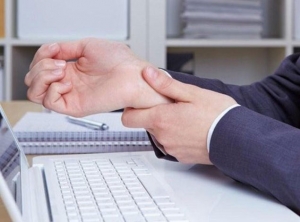 This blog is an update on the topic “Carpal Tunnel Syndrome” (CTS) a few years ago. Earlier I was writing about the inherent complexity of this condition.  Here I discussed that despite CTS being well defined problem with very distinctive symptoms, a significant number of the patients who experience those primary CTS symptoms may also have multiple impingements of the median nerve at other locations along the way.  The other impingements can be at the shoulder (thoracic outlet syndrome) and at the nerve root near the vertebral column (called a radiculopathy), and if they all come together are called a “triple crush syndrome”. This is why treatment of the carpel tunnel alone often does not work, and I discussed the implications for diagnosis and treatment.

However, now, very exciting newer findings are showing how the brain changes to pain and sensory changes in the hand. These have implications for the mechanism of acupuncture and guide our treatments with chonic pain disorders. Together with injury to the part of the nerve in the wrist causing the particular symptoms of CTS, a compensatory rewiring of the brain occurs as well, known as a neuroplasticity phenomenon. These somatosensory cortex changes in the brain can prolong and hamper healing.   Therefore, as other impingement syndromes, the local median nerve pathology is not the only problem. Consequently, treatments of nerve impingements should be complex and include electro acupuncture, as a modality which is likely modulating and “recalibrating” nerves creating positive changes in the nervous system locally in the wrist and centrally in the brain, as well.  In effect, the neuroplastic capacity of the brain is part of the problem and part of the solution.

I want to agree with Dr. Alejandro Elorriaga of MacMaster University, who suggested that more often than not, term CTS is misleading. The better name for is “a median nerve disorder”; this includes numbness in first 3 digits, especially tip of the middle finger, restricted flexion of the fingers, sometimes pain and decreased sensitivity, involving peripheral (local) and central (brain) nervous systems. Why do we want to rename this condition? Because “CTS” means that the problem is local and thus the treatment is local.  In reality, a significant majority of patients who develop CTS symptoms have multiple pathogenic factors which affect median nerve on different levels and by different types of irritants: mechanical and physiological alike, creating  sensitization of the nerve  and  local nerve inflammation.

Chronic overuse of the flexor muscles can increase the volume and pressure in the forearm compressing the median nerve in its most vulnerable areas: at the elbow( under pronator teres) and at the wrist (in the carpal tunnel).  A radiculopathy- or compression of the nerve roots at the spinal column by a herniated disc –can also be a factor in developing median nerve pathology, however it diagnosed  with X-ray or MRI and should be ruled out in any peripheral neuropathy including carpal tunnel syndrome. The same should be done if diabetes is suspected.

Regardless, patients usually develop chronic dysfunction of the median nerve with involvement of both, sensory and motor brunches. Clinically characteristics are: numbness or even pain in 1-3 or just the middle finger, limited flexion and decreased sensitivity. Recently MRI studies revealed that median nerve pathology is represented not only locally but centrally, too. Central NS changes are a result of prolonged dysfunction of the nerve and confirmed by MRI of patients who suffer from this pathology. Centrally,  the area of the brain which represents 1-3  fingers will be shrinking causing  diminished  tactile distinction between 2nd and 3rd fingers. Also, comparing with healthy individuals, people who have “carpal tunnel like”  symptoms  demonstrated quality changes in a few areas of the brain responsible for the affected  hand (can be on either side of the brain for a given sided hand) and for the opposite side leg area only!

This finding was a big surprise for me personally, because anatomy books teach that right hand is controlled by the left side of the brain. And it was never mentioned that the brain area which controls the leg on the same side to the affected hand is also can be involved in the carpal tunnel pathology. So, for people who do not know TCM I should mention that this principle, called “mirroring” was actively used in treatments of the acupuncture patients for centuries. The principle states that a hand problem can be treated using points on the same hand/arm or opposite, or even on the leg especially if points are sensitive to palpation. Is not it the same idea that revealed this MRI study? Summarizing  this finding  I can say, that in patients with median nerve  pathology maladaptive changes affect different but fixed areas of the brain: 2 areas controlling the hand movement: opposite site of the brain, the same side of the brain and the opposite side of the brain which controls the ankle (tibial nerve zone). In order to get positive results from treatments it is recommended to treat the body areas which show signs of changes in the white brain matter.

To conclude, acupuncture can restore changes in the nerve through neuromodulation effect with significant lasting results if the points used are chosen correctly. It also can diminish local edema (peri-and interneural), improve muscle function and rewire areas of the brain responsible for affected digits.